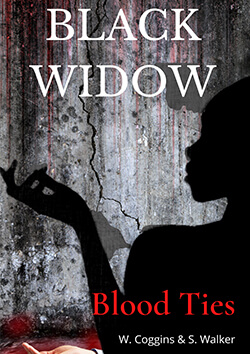 Raised in a city where drug dealers walk the streets and murder awaits you around every corner, becoming a cop seemed like the perfect choice for Andrew Jamison. As a cop, he could clean up the streets and keep his younger brother safe.

It didn’t take long for Andrew to learn that criminals have more rights than the victims. That a simple mistake or lack of evidence can allow the guilty to walk free. So, he did what any good cop would do, he started to plant evidence and beat confessions out of his suspects. His excellent track record for arrests allowed him to quickly rise through the ranks to detective.

But now there’s a new serial killer in town, the Black Widow, and she killed his brother, the only person who believed Andrew could be a good cop again.

Furious about his brother’s murder and spiralling down into the dark depths of guilt, Andrew vows to become a good cop again.