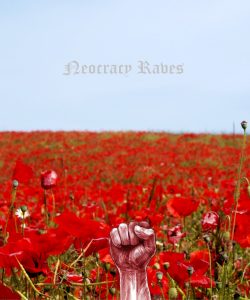 Henry, an apathetic young man born into the privilege of the corrupt dystopian society of Enrusse, begins to doubt the actions of his country as he grows older and tired of his monotonous routine. His thoughts are aided by the arrival of letters delivered anonymously to his doorstep which detail worries similar to his own. He begins to further question his world and his role in it. Running into an old family friend on his way to submit a form for housing relocation, he is whisked away into the depths of the government and is presented with a choice. Happy to oblige the only connection to family he has left, he partakes in the system, uncertain and ambiguous in his disposition. Odessa, a beautiful and kind neighbour, enters his life and provides a sense of what Henry’s life could be like, if he was the “perfect citizen”. He starts to think of a love he wants dearly, a desire to belong.

Gaetana, an errand girl tasked by a shadowed man to deliver the letters which tear Henry’s mind and morals apart, falls too far into the world of crime that structures their society. An outsider long sat on the fringes, she is pulled in and battered when society catches wind of her.

Unassuming Levi, poor Levi, was a pawn. Perhaps with a stronger resolve than Henry however mislead. He was a man of action, disastrous and cold. He committed the foundations of Enrusse to heart and where he built it up, he was laid to rest.

Lives and destinies that aren’t their own, the citizens of Enrusse struggle to realize from where their resolve is derived, and where it is being placed. These developments bring to light questions that aren’t meant to be asked.