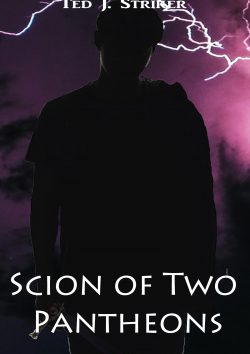 Bryan West was an orphan; abandoned at birth and raised in the foster system, the Army, and the intelligence community. They turned him into a survivor and a killer. He’s just found out is that his father is an ancient divinity and that he is a divine S.O.B: he only ever intended Bryan to be a donor, and wants Bryan’s body to replace his old one; soul not required. Luckily, his mother sides with him, and together they foil Daddy’s hostile takeover. Not so luckily, they are now all stuck together inside Bryan’s head. Worse, Bryan is no longer on Earth; he’s now in a world of werewolves, princesses, sorcerers, kings and dark gods who all want to use him or kill him or both. As if the situation wasn’t bad enough, the clock is ticking: if Bryan doesn’t get his godly guests out of his head soon, he and his parents will all die.