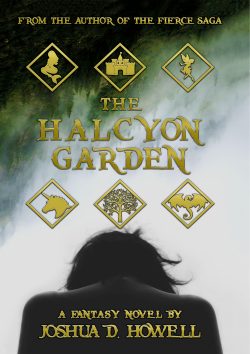 An Evil King Seeks to Invade & Destroy the Long-Forgotten Garden of Eden! Centuries ago, when the world was much younger, there existed a Kingdom named Crestside. When an army of savage beasts, led by the mysterious Dark One, invades Crestside, the people are enslaved in ruin and chaos. A young man escapes over the eastern mountains to find a hidden valley full of enchanted creatures, an Angel Princess, and dark secrets. Together, the young man and the inhabitants of the valley must fight the Dark One, who seeks to conquer the mystical land and kill all that reside there.