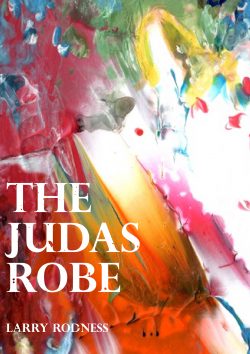 During the height of the Spanish Inquisition a ruthless inquisitor by the name of Bishop Roberto Promane tortures a fellow priest, Father Sanchez, for information about the whereabouts of a relic known as The Judas Robe. The robe is believed to be the single piece of physical proof of God on Earth. Promane succeeds in uncovering the robe only to lose it to Sanchez’s rescuers, the knights of The Order Of Christ.
Present Day
Joel Gardiner, a pre-med student, is attacked one night by thugs after leaving a campus pub. A young woman named Sophia rescues him and reveals that Joel’s mother, Natalie, is descended from the Order Of Christ, the faction that has kept the robe hidden for centuries. These thugs are part of a conspiracy group led by a Bishop Newman who seeks the robe in order to uncover a secret held for centuries.