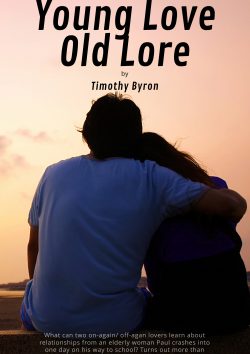 Paul Masters is a troubled and irresponsible young man who doesn’t much care about himself or his future until he crashes into the elderly Mrs. Halston one morning while rushing to school. He nearly kills her and, as a result, faces the harsh reality of severe legal jeopardy if she dies. His relationship with his girlfriend Sandy is also on the rocks and everything in his life seems to be spiraling out of control until Mrs. Halston recovers and appears in court on his behalf, rescuing him from a lengthy jail term and a doomed perspective on life as well.